After a reasonable night’s sleep, we were away shortly after the dawn of crack at around 7.30am. There was much “oohing” & “ahhing” as whilst we sat eating breakfast the dawn broke over Mont Blanc – clearly visible through the window as we sat eating breakfast. It was an amazing sight I have to say, with a crystal clear peak & a bright glow of orange as the sun hit it. Quite breathtaking… & much cause for a pause in the breakfast proceedings. I got one on my phone, so take a look at the end of this post.

You’ll notice I open today’s post with a clear display of my excellent language skills. I am very impressed with myself & feel I have really embraced what was before somewhat of a language barrier to me. Not only have I perfected the ‘bonjour’, but I have now also perfected the ‘buongiorno’. Admittedly, I have put in hours & hours of practice over the last 5 days of walking – a lot of which was done talking to myself – but the result has been amazing.

On more occasions than I can count, a casual “bonjour” or “buongiorno” has resulted in the recipient of the greeting pausing, turning to me, & bursting forth with a full torrent of their native tongue. They quite obviously thought me to be of the same native tongue! That is until they paused, awaiting my response. Then it was VERY clear I wasn’t.. as I stood there, blank faced, slightly pale, & only uttering the word “English” in return. At which point the response was usually an eye roll, a hrumph, & a turn of 180 degrees without further reference. I would be left feeling I had deceived them in some way, which saddened me greatly. It obviously isn’t my fault I’m multilingually fluent in greetings.

Back to today. It was a good day actually! Still carrying the extra heavy backpack (as we did’t get our main bags back until this evening) there were times when it was particularly hard work (& actually 2 days of it have caused me quite bad muscle pain in my neck), but on the whole both Mike & I felt we were getting somewhere. Well, we would wouldn’t we – we walked from Italy in to Switzerland today!

After the first descent from the refugio (Refugio Bonatti – you just HAVE to go there sometime) – a 500m drop in about an hour & a half – our breakfast was well & truly shaken beyond recognition & knees were also a-wobbling too. But the weather was fine, the views continued to astound & there was the added bonus of seeing the helicopter come in to the Refugio to drop/collect the day’s supplies. Very exciting.

At the bottom we prepared ourselves for the [hard but not as hard as yesterday’s] climb up to Grand Col Ferret (yes, I did a slight snigger too). A climb up to 2537m, of which we would actually climb 895m from where we were, in a target time of 2.5 hours. It was pretty brutal, but compared to the climb yesterday far far easier. Relatively!

At the top was the border between Italy & Switzerland! I have to say, looking each way, it just looked the same. Lots of mountains, lots of glaciers, lots of wind (natural), & a huge valley going in each direction, but again, the views were just staggering – & the scale of these giants is so difficult to capture in photographs, but it will honestly stay with me as a very long lasting memory.

After a bite to eat we set off in to Switzerland – descending thank goodness, all the ups done for the day. And gradually it started to ‘look Swiss’. The picture postcard chalets on hillsides, the dense pine forests, the IKEAesque order of everything (Mike & I excluded), it was all ‘very pleasing’.

After nearly getting lost again, but thanks to our [now] excellent map reading skills, we arrived at our hotel. A very posh hotel. On arrival I approached the main desk to check us in, but at the mention of our names received a look like the lady had just bitten a wasp. We were asked to go & deposit our boots & walking poles ‘in the basement’, after which we were to return to be shown our room.

Well, we could probably have done with our boots & poles because ‘our room’ was up 3 flights of very steep stairs, in the roof space which turned out to be the communal dorms – which is when the penny dropped. The hotel is very posh. But we were in ‘the cheap seats’.

The dorms consist of long rows of mattresses, on the floor. There are 2 main rooms, but as we got in a little earlier than everyone else we bagged a little side room with just 4 mattresses in. The others have about 20 in each, all in a row. Guess how many showers & toilets between all these people? 2 bogs, 2 showers. I ask you! Well, tomorrow morning will be interesting – Mike & I are very particular with our ablutions you know! ????

Anyway, don’t get me started on the toilet talk again!

Great nosh this evening – tasted so much better after showering for the first time in days – polished off with some nice wine. Probably the most expensive wine I’ve ever had. A half bottle of house red – €20! We did toy with the idea of asking for a ‘room’ upgrade, but we quickly changed our minds!

Polly, you’ll be proud of me – I’ve ‘had a wash on’! Socks, pants & t-shirts were all standing up by themselves, so they’ve been hand washed – by me, before you ask – and hung out to dry. So, clean boy! With my sweet smelling clothes & my beard relish, I’ll be the sweetest smelling, most streamlined climber out on the Alps tomorrow!

At over half way now, the days ahead sadly don’t seem to get any easier – although, in fairness, tomorrow will be “the easiest day of the tour”. Just 15kms, with our maximum ascent at just 420m after a steady descent of 565m. So a bit like going to the Derbyshire Dales, & walking up one of them that hills in an hour & a half after walking downhill for 3 hours. But hey, my conscience is clear!

So, mattress beckons – I wonder if we have any new roomies that have arrived while we have been downstairs…?

Thank you so much everyone for all your comments – it’s great to feel so close to home, for both of us. And great to hear you’re enjoying it – we certainly are!

The Cloud has caught up a bit, so here are some pics for you from today: 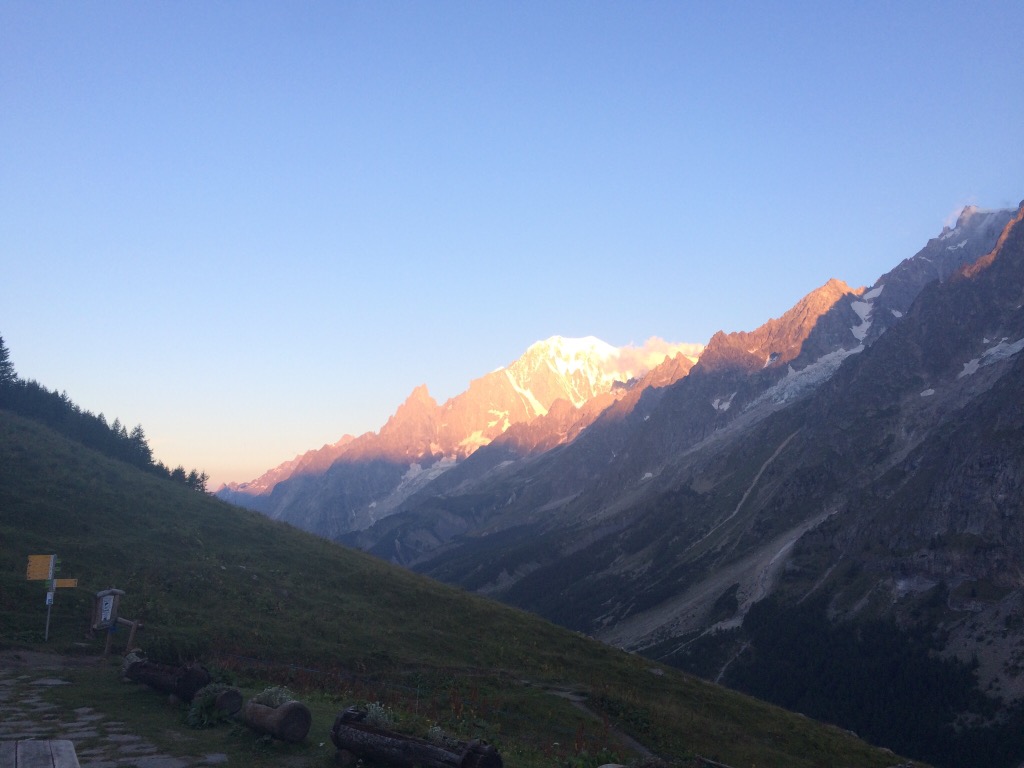 Mont Blanc at sunrise today. Even more stunning in real life than a picture can show. 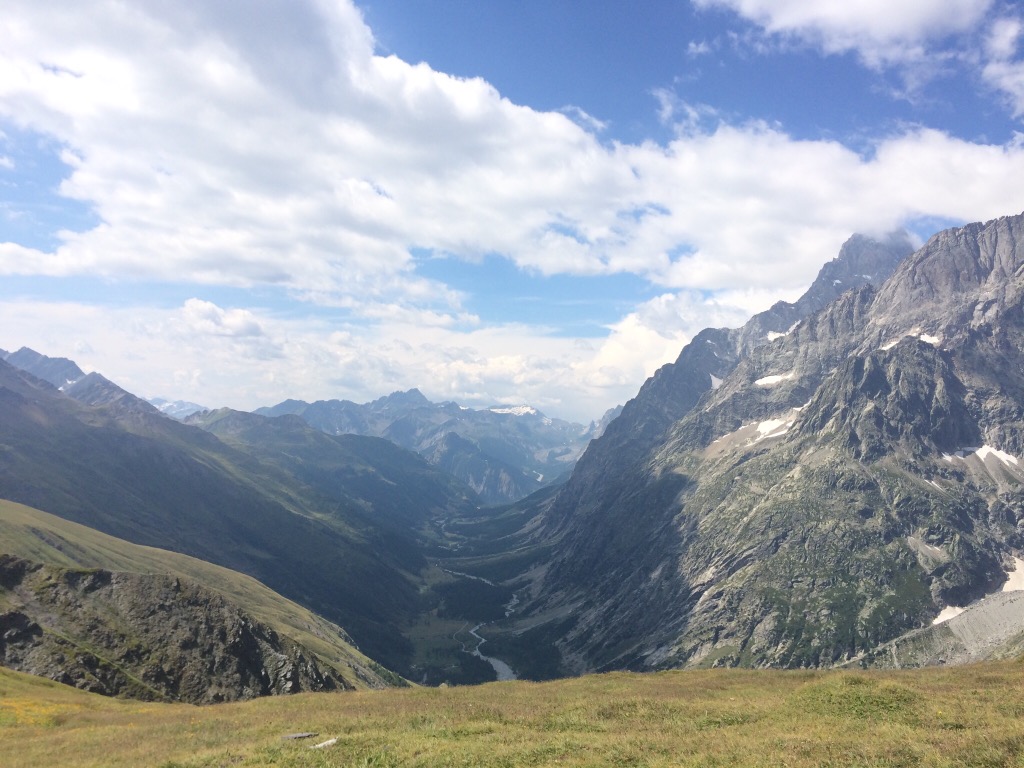 Looking back at Italy from 2537m, before continuing on in to Switzerland. Mont Blanc left behind for a few days now… 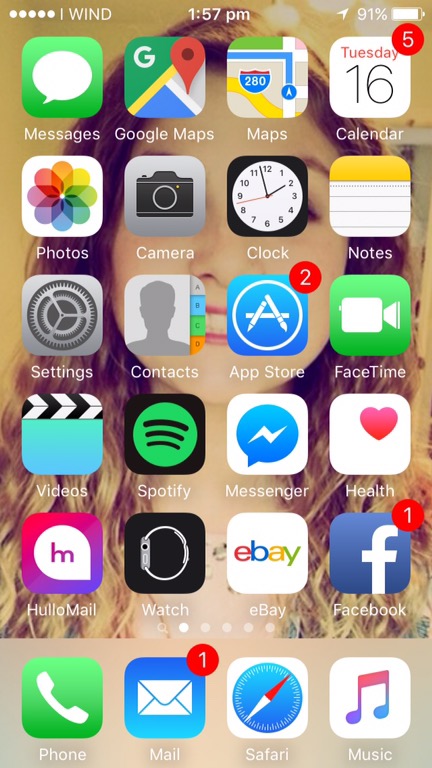 I know I said no more toilet talk, but this is the network my phone latched to yesterday! Very apt… 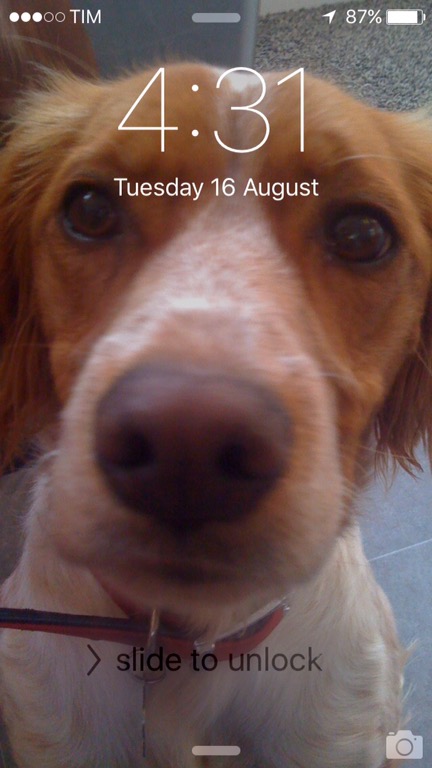 And this was the next one!